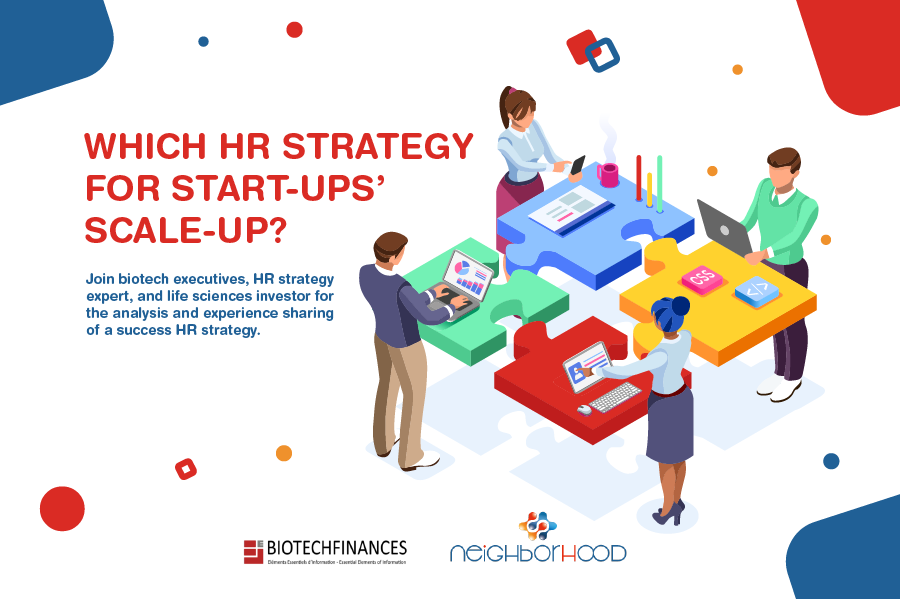 Attract talent, choose the right profiles, ensure team cohesion, grow human capital: the HR strategy is a key ingredient in the success of the entrepreneurial adventure, at every stage of development. It is however often overlooked in start-ups when all the attention is turned towards technological development and fund raising. Negligence can become a flaw in the scale-up phase. What is an HR strategy, why should it be defined from the first investments, how to do it and what are the benefits?

Analysis and experience sharing, this roundtable will bring together biotech executives, HR strategy expert, and life sciences investor and will be led by Pierre-Louis Germain, journalist, and editor-in-chief of Biotech Finances.

Pauline Rambaud, Senior Consultant at GenSearch Consulting
Pauline joined GenSearch in 2011 as a Life Sciences specialist, after twenty successful years in this sector. With a background in biology, Pauline has a passion for an in-depth understanding of Life Science projects, with a view to provide actionable advice. She managed to transform this fundamental interest into a career in Human Resources, convinced that the human factor is the key success factor to any Life Science challenge.

Nawal Ouzren, General Director,  Sensorion
Nawal Ouzren started at Baxter where she was Operations Manager, then Quality Director and Strategy Director, before becoming Vice President of the Group. BioSimilars division. In 2014, she became Vice President of the Global Hemophilia Division at Baxalta, which became part of the Shire Group. In 2016, she led the Shire Group’s Global Genetic Diseases division.